The All-Star Game seems odd without Sidney Crosby and Alex Ovechkin, but with the cast of characters set to take the stage it’s refreshing to see other talented players getting their dues. But, then again, Ovie and Crosby have become the poster boys for the new and improved NHL. Between these two, the popularity and profit have emerged to become as popular in the US as the NBA.

All-Star snubs include Nicklas Lidstrom, who probably really passed on the offer.

Detroit’s Pavel Datsyuk was drafted first overall by Team Chara in the mock fantasy draft Thursday night. Much speculation has Team Chara as the evil team, boasting players from Toronto and not Ottawa. It’s the battle of Ontario this weekend really, and Ottawa has to win this battle.

Team Chara will be coached by Boston’s Claude Julien and his coaching staff, while Team Alfredsson will get the benefit of New York Rangers coach John Tortorella and San Jose Sharks Todd McLellan. 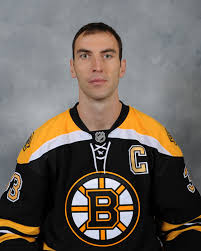 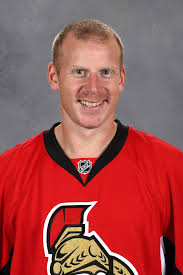 This is a lot of talent and the stats to support have Team Chara with an edge for goals scored by 350, pluse the experience and games played outnumber the youth of Team Alfredsson. If you look at the emerging stars on each team, Team Chara has Jordan Eberle, Jamie Benn, Phil Kessel and the outstanding goaltending of Jimmy Howard. Add Evgeni Malkin and Pavel Datsyuk and you have a winner.

Team Alfredsson has in net both Jonathan Quick and Henrik Ludqvist who will put on an excellent show. Boasting Swedes and Senators, Team A hopes to take the win for the home crowd by drafting the Sedins, top young defenesman Erik Karlsson and the explosive Claude Giroux. While the team looks like a winner, the odds of goals against them may make this All-Star matchup close.

Dion Phaneuf and Scott Hartnell are the token All-Star bad boys, with Hartnell proving he can break the stereotype of brawler and actually score points with 44 this year, plus an impressive plus-18 on the year so far. There hasn’t been a fight during an All-Star game yet, so don’t expect any fisticuffs.

The All-Star game celebrates the players who have excelled early in the season and allows for some camaraderie and fun, but some fans find it boring with the lack of competitiveness and scruff. The skill competition also has been suggested as a downside to the weekend, however, how exciting is it to actually record the speed of the puck? Those pucks are flying at the players during normal games, and don’t think the slapshots are not traveling that fast. Puck handling skills are more exciting in motion rather than the obstacle course set up.

Do you think the All-Star Game is boring or beneficial to the NHL, its players and the hockey community? Will the absence of Sidney Crosby and Alex Ovechkin hinder the popularity of the ASG?

Detroit’s Still in the Game

The Detroit Red Wings sit in 4th in the Western Conference standing, a good place to wait and watch as the win streak starts again at two. The Wings are a league and fan favorite, even if fans love to hate them. After the Winter Classic, many eyes have turned to the next Classic in 2013 speculating that Detroit is the natural choice.

The venue shouldn’t be a problem if the weather holds true to Michigan winters. I was there visiting relatives over Christmas and was it cold. I’m talking, freezing to the point of slashing to the bone. Sure, Michigan would work, if there is ice. The Great Lakes haven’t actually frozen over in January. I grew up watching the Coast Guard’s big ice cutter slicing through for water flow.

But if you could transport everyone up to the U.P., the Upper Peninsula for those non Michiganders, there may be some down home feel to the shinny. Houghton Lake, or parts of Lake Superior are option. Northern Michigan is a winter wonderland close to the Canadian border, so the draw for Canada would be a benefit. A union of sorts for the NHL.

I say bring the Winter Classic 2013 to Detroit. Ford Field is not the worst option, better yet, freeze over the Big House in Ann Arbor, for a real crowd of 113,000 compared to the 47,000 for the Rangers/Flyers match up. The NHL would love the fan fare of that extravaganza.

Best opponents for the Red Wings for a Winter Classic, who haven’t played, slates the Toronto Maple Leafs as closest geographically.  Columbus would be the closest, but I can’t see selling many tickets for that.

Any thoughts on your ideal match-up for the Red Wings Winter Classic 2013. If the Wings are not selected for the event, it becomes another bummer in the hat of the “moving to the East promise.” I’m sure Bettman and Illitch are talking quietly about the future of this proposal.